In Conversation with Michael Goldhaber: Everything You Need to Know About the Attention Economy 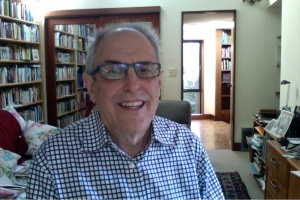 BK – How would you define the Attention Economy now as opposed to when you first spoke about it in 1997, given its current multiple interpretations and recent mainstream popularization?

MG – Let me put this in context. I actually came up with the Attention Economy idea in 1983 or ‘84. At that point personal computers were very new, as were fax machines and (non-broadcast) cable TV channels. Yet the talk of an “information revolution” was widespread and the concept of “information overload” was easily understood. I asked myself what motivated the rapid increase in information, given that there already seemed to be too much of it.  After all, most goods are not produced in increasing amounts except when there is a clamor for more of them, not a feeling of surfeit.  My key insight was that the real goal had to be what one might hope to get by spewing out new information, and that is attention — attention from other people. The world supply of such attention is limited, since each human can only pay so much attention in the course of a lifetime. Yet attention is obviously desirable; everyone needs at least some, and unlike material goods, no amount of attention is clearly too much to get.

It took me awhile to figure out some of the consequences of the idea and even longer to be able to explain it, as I did in ’97.  By then personal computers had become nearly ubiquitous among those who could afford them. They were also much more powerful and flexible than the ones of the early ’80’s, and sported graphical user interfaces and mice, rather than the plain keyboard-driven, typewriter text-based screens of the earlier era. The World Wide Web was a reality, as were browsers, pdfs, etc. Blogs, photo sites and even uploaded videos were part of the new reality. Widespread cell-phone usage was beginning.

Another fifteen or so years later in 2013, smartphones, mobile computing, YouTube, Facebook, twitter, texting, sexting, Skyping, easy e-book publishing and so on are possible avenues for attention seeking and paying, and they have spread to more of the world. We live more in the Attention Economy than ever.

Let me introduce another concept I came up with in the 80’s. It has to do with the difference between ordinary actions, which can be termed ‘bounded actions,” and what can be termed “unbounded actions.” Everything from taking a breath, to cooking a meal to building a house or producing a car on an assembly-line is a bounded action. Its effects are limited. You get one lungful of air, enough food to satisfy a few people’s hunger for part of a day, one single car that will eventually wear out, and a house that a few people can live in. Bounded actions generally have to be repeated over and over.
Recently the field of unbounded actions – that only need be done once to be available everywhere and for all time – has exploded. Now we have the ability to produce pictures, videos, and sounds as well as written words in digital form so that they can be copied without change and spread everywhere – virtually instantaneously. This is ideal for seeking attention. It is less than ideal  for the old economy where most people made their living through bounded actions. One such action has particular relevance: The actual production of money itself, whether in the form of an IOU, a coin, a check, or a ten-dollar bill. Bills and coins of each denomination do tend to look alike of course, but the individuality of each, whether through a unique serial number or simply by the space it took up was essential for  a monetary system to work. But now money is very close to becoming unbounded, just digital electronic blips. It can be argued that many in the higher reaches of Wall Street have taken advantage of that to make apparent fortunes, but unbounded money would have no meaning, a further sign that we are headed for quite a new kind of economy.

BK – When you were formulating your primary hypothesis for the Attention Economy in the early 80’s, whose research were you taking into account?

MG – For some time, I had been interested in the question of a so-called information economy, a term which I myself tried hard to expound on and for that was using Marc Uri Porat’s research in particular. More generally, I was seeking to understand what a Post-Industrial economy really would be, and read many articles and books on the subject including the work of Daniel Bell. But I was unsatisfied with the answers usually provided in both cases. They didn’t really explain what motivated the kinds of activity observed. (The post-industrial economy was often taken to mean an economy centered around “services.” But what are services? Both starring in an opera and handing over hamburgers at Mcdonald’s are considered forms of service, but they have little in common except that neither is exactly factory work.)

In that period I was vaguely familiar with some of Herbert Simon’s work, but didn’t consider his focus on efficient organization and administration to be very revealing, nor very interesting. I hadn’t seen the quote that some now claim was the origin of the attention economy idea. His formulation fails to consider the receipt of attention (from others) as in any way a motivating factor in the production of information. For him economy of attention is only at issue for the person or organization who seeks to make wise use of information. I think that this a) doesn’t suggest a wider economy at all, and b) misses what I consider the most important point, the great desirability for many people of getting attention from others, as well as the necessity of doing so, in some amount, for almost all. (By the way, it’s crucial to recall that information in this context can mean any kind of transmission, but by no means limited to numerical data of some kind).

BK – I would argue that businesses are extremely savvy to the notion of the Attention Economy (both seeking and directing it), and has become a key aspect of marketing and advertising. Would you agree with this, and if so, what would be the positive benefits of businesses understanding how to direct attention?

MG – Businesses pay a lot of money for attention, but only a small part of our total attention goes to them or even their products. For corporations and governments attention is at most a means to an end, and usually a quite indirect one. The primary goal of most businesses is to make money, and to accomplish that they they seek to sell something or other. In order to do that, they may make deliberate efforts to get some portion of the public interested in buying. It is only in order to do the latter that they seek attention, in the form of publicity, advertising or perhaps shelf space.

The vast majority of attention still goes to what surrounds ads, representing the creativity of writers, bloggers, photographers, film directors and actors, etc., who still get most of the attention. A small percentage of that goes not to businesses as such but to what is being sold. Even so, ads have to proceed quite indirectly in terms of where the attention actually goes. They require their own elaborate mini-dramas or other devices so that they don’t get tuned out before the product gets a mention; even so, they mostly do get tuned out. When you look at Facebook, you’re not paying attention to Facebook, but to your friends on it, etc. When you do have to pay attention to some new aspect of Facebook, it is often disorienting and annoying, and this is true of most corporate offerings. Businesses principally support the creative endeavors of others who really get the attention, not themselves.

You can read more about Michael Goldhaber’s work on his blog, where an extended version of this interview will also be published. You can find out if your website stands the test of attention by signing up at EyeQuant.