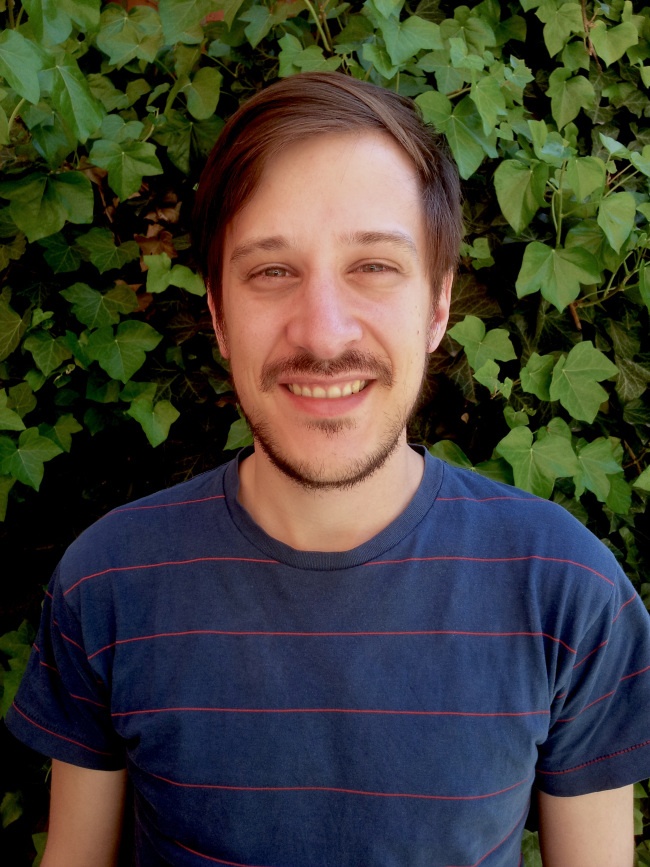 With lots of new hires joining the EyeQuant team recently, we felt it was important to give them a chance to introduce themselves and talk a little about their interests – and what they do at EyeQuant. Meet Niko Felger, VP Product & Technology!

1). Where did you grow up, and what did you want to be when you grew up?

I grew up in picturesque and sheltered Schwäbisch Hall in southern Germany, just like our co-founder & CEO Fabian. As a kid I had all the usual ambitions–being a train driver, astronaut, fighter pilot, musician, actor, ideally all at once! I clung to naïve ambitions well into my early twenties–now wanting to become a journalist, music producer, sound engineer, radio DJ and photographer–until I stumbled upon a university class in Phonetics, which studies the sound and perception of human language. I was immediately hooked. Everything about language fascinated me and had for some time, so I decided to combine this with my interest in computer science and ended up studying Computational Linguistics.

2). Tell us a love story: How did you find EyeQuant, or how did EyeQuant find you?

Easy: I went to primary school with Fabian! We’ve always been close friends and had actually worked on some cool school projects together, back in the day. So when I made the decision to move to Berlin, it was a no-brainer for me to try to find a way to work with him again. We’d kept closely in touch, so I already knew the product and had met the team before and had been duly impressed.

3). What do you do at EyeQuant? What is the most important part of your role here?

As VP Product & Technology, my job is twofold: On the product side, my main job is to figure out what our customers want and need, and make sure we prioritize building what is most important for them. On the technology side, I support the development team in building and maintaining the EyeQuant product and services, and try to make sure everyone has what they need to be productive. But besides all this, I try to find as much time as possible to write code. 🙂

4). You are wearing a wizard’s hat and gazing into a crystal ball. So, what will we all be speaking about next year, or five years from now?

We’ve seen some tremendous developments happening in parallel in the last few years, and so I think we’ll keep talking about some of the things we’re already talking about, as they enter the mainstream: the continued rise of mobile, wide-spread distribution of new types sensors in mobile devices, wearable computing, and commercial and personal use of drones… The list goes on. In addition to that, I’m convinced that the topic of how organisations can successfully use data–both “big” and small–to make better decisions will remain hot for the remainder of the decade.

Zombies. Vampires got the style, Zombies got the brains. While I *wish* I had the style, I … need … moar… braaaaaainznzzzzzZZZZ!11