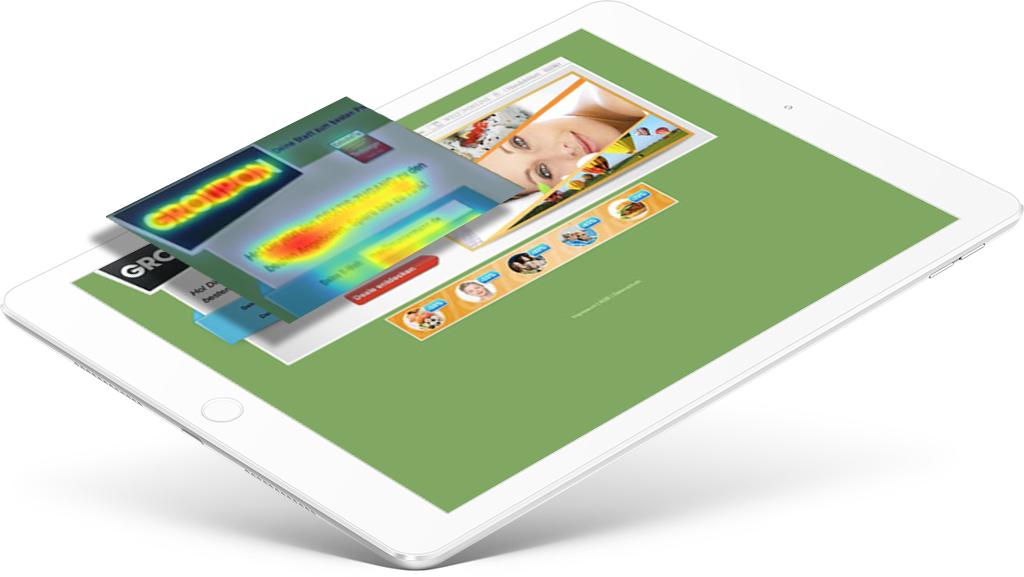 As a leader in ecommerce, Groupon developed a data-driven culture of rigorously A/B testing key landing pages from day one. Its landing page design team in Germany continuously tested many different design variations, and was looking for new ways to gain faster insight into how their designs could be improved from their already highly-optimized baseline. For this, they turned to EyeQuant. 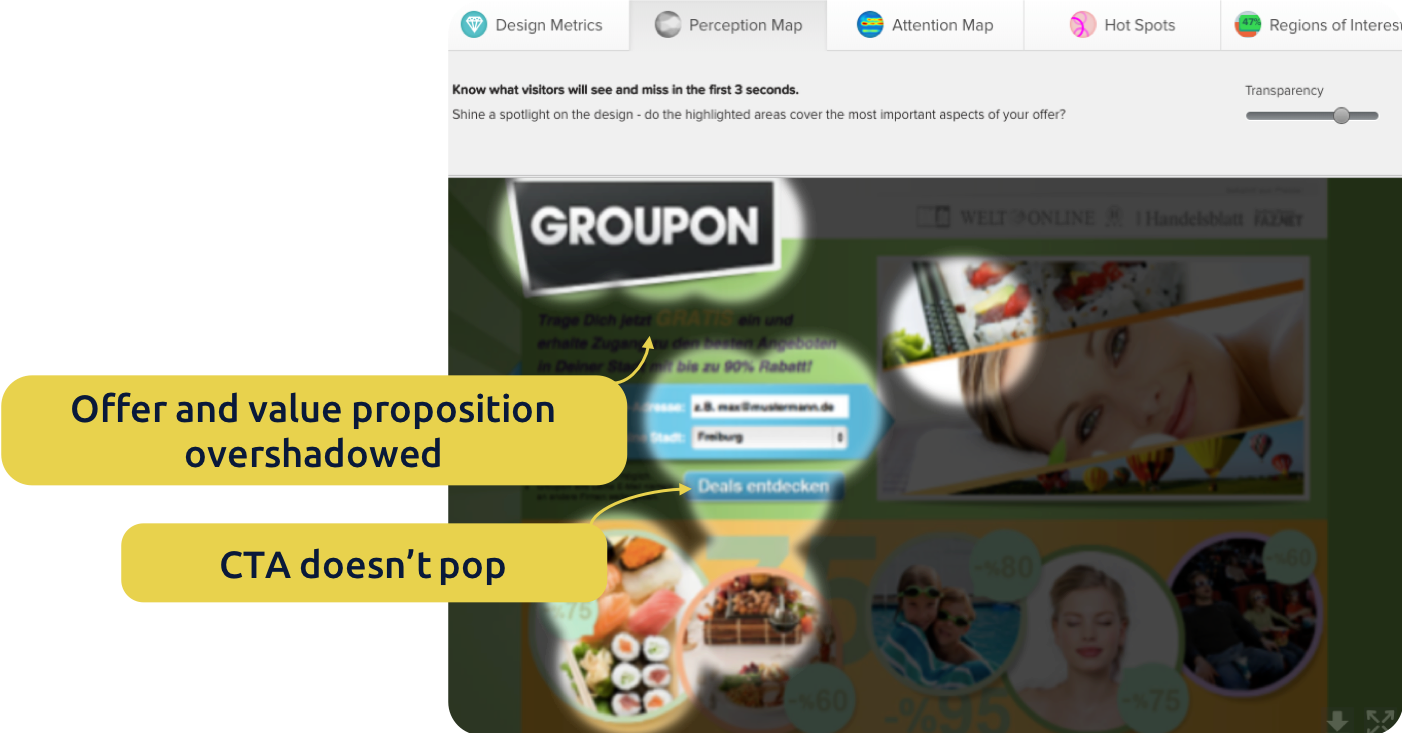 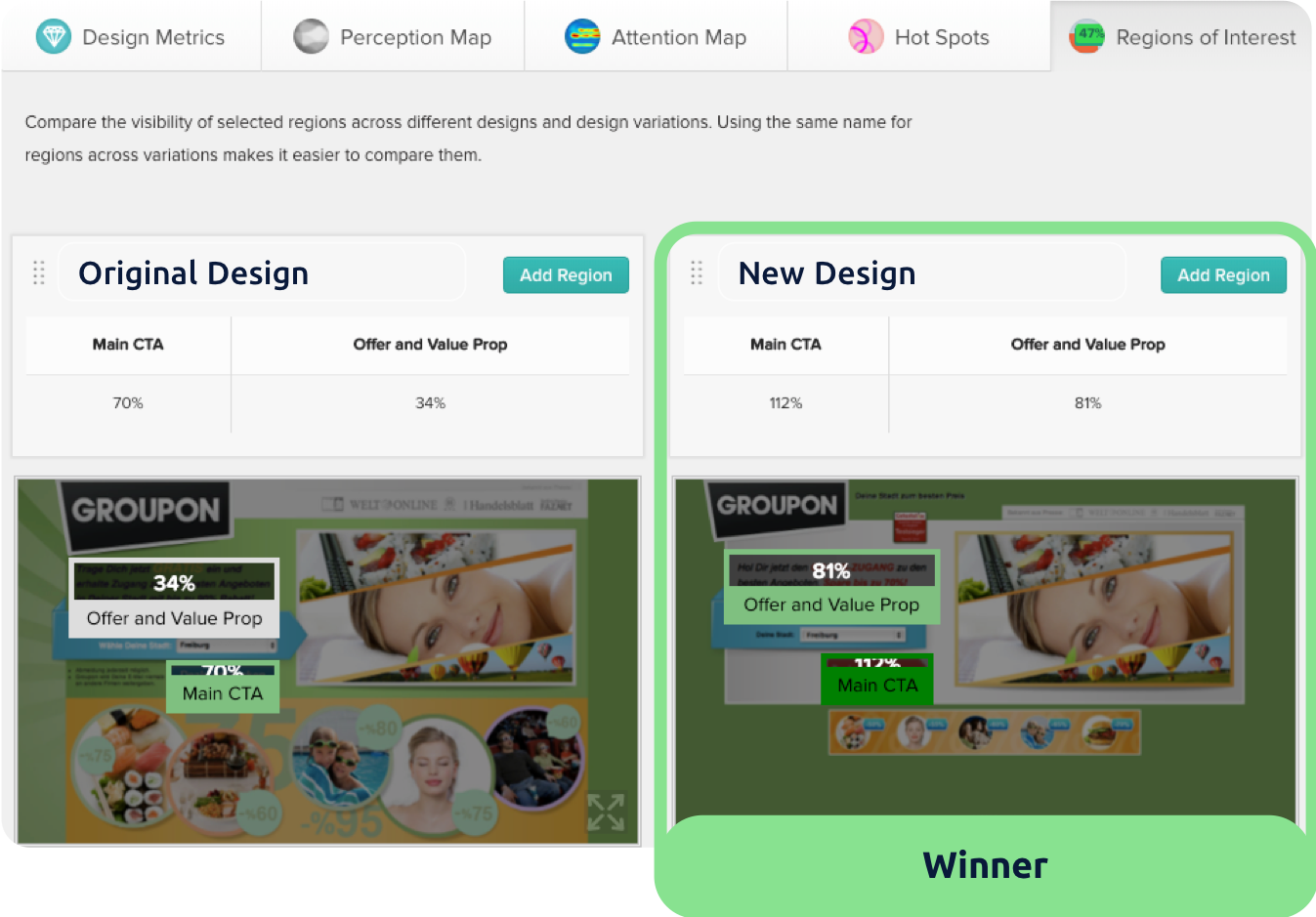 Using the EyeQuant Perception Map, Groupon is able to see immediately if the most important content in the design catches visitors’ eyes right away. On their key landing page, the team learned that the value proposition and call to action were being overpowered by the imagery on the page, and not being seen in the first 3 seconds.

Groupon’s team understood that adjusting contrast levels is a good way to influence attention, so they set out to add more contrast around their main offer, value proposition, and CTA. They also removed some ‘distractors’ on the page without changing the main imagery.

Another quick EyeQuant analysis showed that the update was a significant improvement, but there was still room for it to get even better. Users are now expected to look at the offer and value proposition right away, but the call to action still didn’t really pop.

In order to guide users’ eyes to the call to action, the team decided to go even further in its quest to remove visual distraction by making the bottom banner smaller, and aligning it nicely with the call to action.

The EyeQuant optimized design significantly outperformed the original, and delivered 52% more signups! This proves that for Groupon’s traffic, directing attention immediately to the offer is important. This is insight that can be valuable for all future design projects.

To learn how EyeQuant could improve your design process and increase conversion rates, book some time with one of our specialists.